You seem to be located in .

Go to your Scania market site for more information.

Stay on the Tanzania site

In the future, every transport can be electric. And for a more sustainable world, many of them will have to be. Scania’s wide range of electric trucks, buses and engines are available here and now, ready to reduce the CO2 footprint of your operations.

Every year, Scania will launch at least one new electric solution, in order to cater for all transport needs, including long-haulage.

As vehicle electrification is rapidly advancing, continued development battery cells is needed in order to be tailored our customers’ heavy transport.

Scania has partnered with Northvolt in the Swedish company´s production for battery cells. Scania also plans to invest well over 1 billion SEK in a battery assembly plant in Södertälje, Sweden. The 18,000-square metre facility will be fully operational by 2023, assembling battery packs tailored for Scania’s modular production.

Simultaneously Scania also builds a new battery laboratory at its research and development facilities in Södertälje. The laboratory will be in full operation in late 2021 and include three test halls for battery cells, modules and packs. 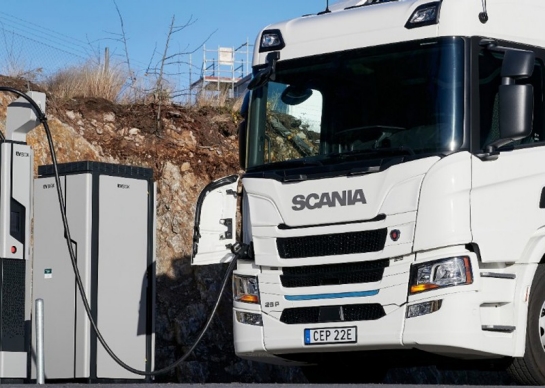 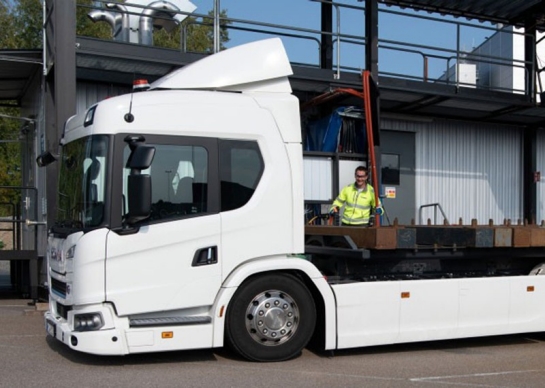 The trucks, which are fully electric, are fitted with an electric powertrain, and energy is converted to electricity from hydrogen gas in fuel cells on board the vehicles. The fuel cell-powered truck also has a battery for moments when extra power is needed, and when the vehicle needs to recuperate electric power from brake energy.

This technology is interesting when battery electric vehicles are constrained by technical or operational circumstances such as payload, range or space on chassis.