YETD winner on the milky way

For Gabriel Warde, winner of Young European Truck Driver 2012, a normal working day starts at around 4 a.m. His first task is to connect the tractor unit to the ready-loaded trailer that stands in the loading dock.

Warde works for Cummer Transport, which delivers milk for Arrabawn Dairies, located in County Galway on the west coast of Ireland. The countryside consists of farmland where dairy products represent a quarter of agricultural production.

Many stops during a day

“To get everything done on time, it’s important to get out on the road early,” he explains. “There are many stops during the day and we often drive on narrow roads which are not always the best quality. I will have driven between 300 and 350 kilometres by the time the day is over.”

The day consists of deliveries to various wholesalers that provide interim storage of dairy products. After that, other distribution trucks arrive to make final delivery to the grocery shops.

Gabriel Warde has to make many stops during the day. Being on the road early is important in order to get the job done.

The YETD competition has made Warde think more about safety in his everyday work.

“This year’s competition included an event in which we were supposed to save lives and extinguish a fire. It was a very good exercise,” says Warde emphatically. “We professional drivers are always out in traffic, which makes it more likely that we will be first to arrive at the scene of an accident. After this exercise, I am not afraid to help out. More people should have the chance to learn about first aid.

“Here in Ireland, it’s quite common for truck drivers to ignore their seat belt, but now I don’t. I look at the surrounding traffic in a different way now and think that I plan better and drive more economically by using the momentum of the truck and using the engine brake more than before.”

John Collins, CEO of Cummer Tranport, is proud to have the YETD winner as a driver.

“Gabriel is independent, reliable and efficient,” says Collins. “Quite simply, he is rock solid! He is someone who is a complete self-starter and I couldn’t do his job any better myself. I never have to worry since he always does his job perfectly.”

During the summer months, many dairy farms supply more milk than normal. In order not to disrupt the scheduled collection run, Cummer Transport uses ‘trunker trucks’, semi-trailers with tanks that drive out to the regular trucks and empty them along the road.

“This way we can keep to the timetable without disruptions, while farmers can deliver their entire production even if it varies in volume from time to time,” explains Warde.

Another part of the job is keeping the tractors and trailers clean and tidy and it is possible to wash vehicles at Arrabawn, where Cummer Transport is also based.

“The vehicle fleet is the company’s face to the world. It’s important that we make a good impression,” he says.

When the working day is over at around 1 p.m. family life takes over. He is married to Laura. They have four children and live in a house not far from his workplace in Galway.

“We are a large family, so there is always something to do,” Warde concludes proudly.

The final moments of the Young European Truck Driver 2012 final

The YETD final was held on Saturday, 8 September. Watch the final in full version at http://www.scania.com/yetd 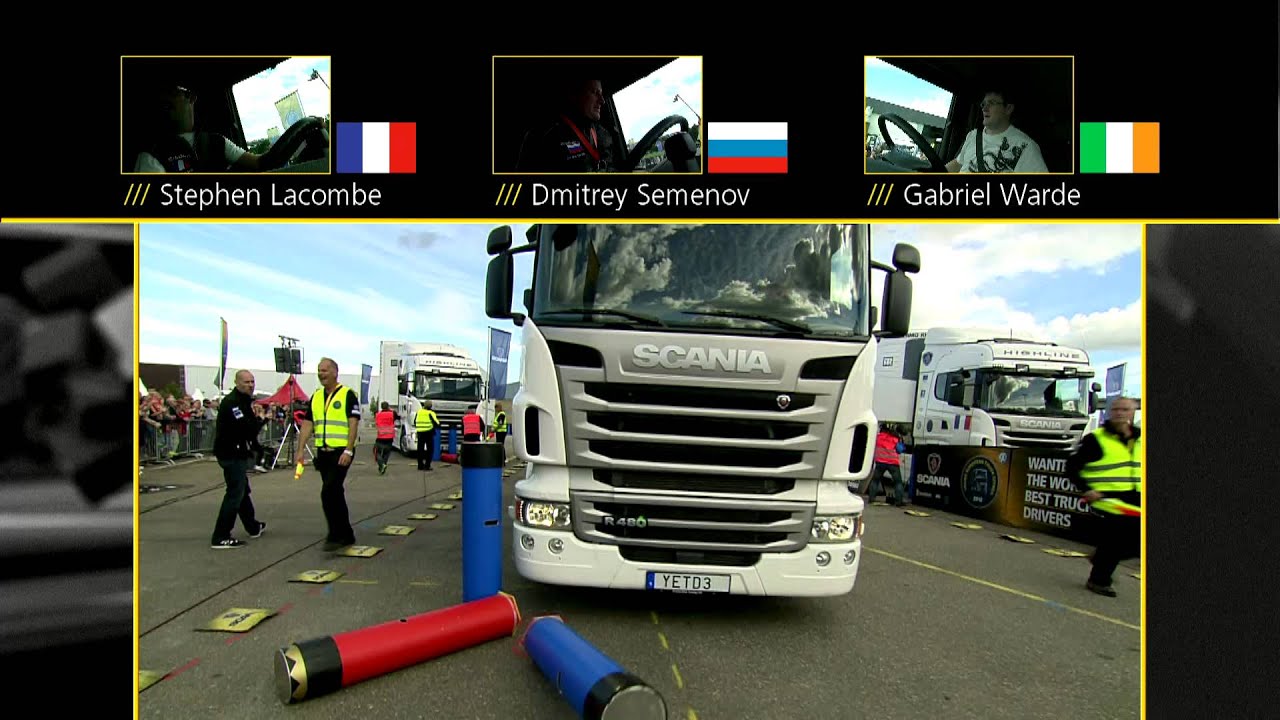