Becoming a winner or a finalist in Scania Driver Competitions requires more than just outstanding truck or bus manoeuvring skills. The best drivers have knowledge that extends from knowing how to behave at the scene of an accident right through to being able to drive efficiently.

The road to the finals of a Scania Driver Competitions event involves conquering challenges in six different disciplines including theory, pre-driving checks, securing cargo, rescue and fire, driving for fuel economy, and manoeuvring.

With the Young European Truck Driver final scheduled for Södertälje, Sweden, in April 2015, competition is already shaping up as fiercer than ever.

In Poland, the competition committee was forced to stage an extra round of testing after more drivers than expected qualified for the final.

One driver scored a perfect 12 points out of 12 in the first round, while another scored 10 points and eight drivers scored nine points. As the final can only involve eight drivers, the additional round helped reduce participant numbers.

The drivers had to answer questions about laws and traffic regulations, driver working hours, security and economical operation.

Danish YETD winner Lars Søndergård said he was fortunate that a range of skills from his everyday working life translated into competition events.

“I do a lot of cargo securing in my daily job, and I’m a trained mechanic, so I have an advantage in the technical area,” he said.

Some 21 percent of drivers quizzed in Spain and Portugal reported having had an accident involving cargo that was either improperly positioned or secured.

Cargo securing is a key discipline at the Young European Truck Driver competition and Joaquín Álvarez, a driver for transport company Marcotrans, excelled in this event in the Spanish national final.

“I transport paper, electronics, domestic goods and parts for the automobile industry,” Álvarez said. “Securing cargo is part of my daily routine. Positioning the cargo over the axles and tightening the cargo to the flatbed is crucial. I work in Germany where the laws are very strict.”

Given that drivers spend many hours on the road and tend to be first on the scene when accidents occur, health and safety is also an important part of YETD.

As part of the competition in Cluj, Romania, Scania partnered with the local branch of the Romanian Red Cross.

Ionut Tulesco, winner of the Romanian YETD final said first aid isn’t just important for truck drivers. “It’s important for all of us,” he said. “With the right skills, everyone can help saving lives when an accident occurs. This was actually the best part of the competition and something I will bring with me as a new experience in my daily life.”

Efficient driving and conserving fuel were a priority when the French finalist for YETD 2014 was chosen.

Judging of the 2014 Ecolution Award was conducted after the first day of competition. Judges analysed the fuel economy scores of competing drivers, ultimately presenting the prize to Thomas Prin. Prin, 25, runs his own transport company and used his vehicle in an intelligent way, allowing it to roll over the hill crests on the demanding test circuit.

Ability to handle more than the truck 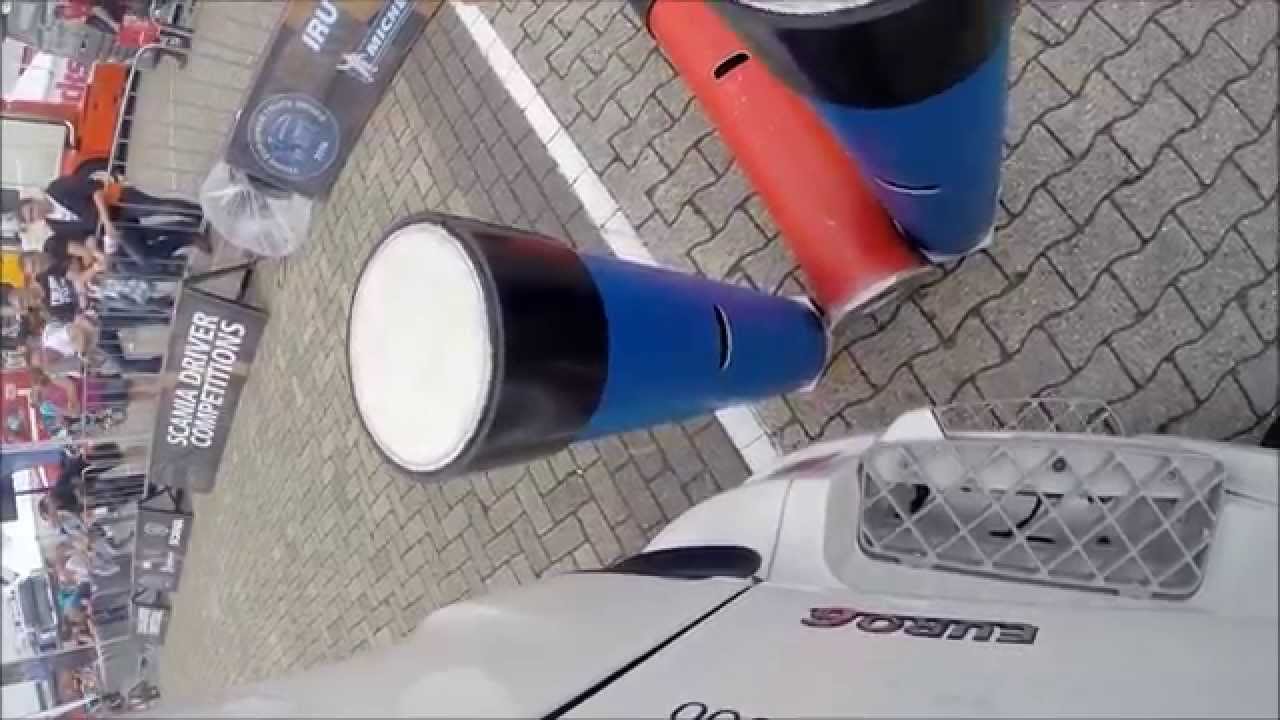 It’s clear that to succeed in the competitions drivers need to excel in both theoretical and practical tests. They need to demonstrate correct accident-scene procedures and knowledge about securing cargo and conducting pre-driving vehicle checks.

Drivers who successfully pass these challenges must then prove their ability to manoeuvre a truck in, sometimes stressful, situations.

The most successful drivers make it absolutely clear that they can handle more than their trucks.

The clip above was recorded during the YETD national finals in the Benelux region. It shows the manoeuvring part of the competition from a slightly different angle. Enjoy!