The thought behind Scania AXL’s design

A vehicle from Scania must be recognised as a Scania even if it comes without the cab. The fully autonomous Scania AXL concept is tailored for heavy duty operations and should therefore convey robustness and strength.

Scania’s new autonomous truck concept is another major step forward in the development of future vehicles. “Since this is a new concept, there are plenty of things that we could do in terms of how it might look, but it is imperative to show everyone that this is still a Scania,” says Xavi Carreras Castro, the designer at Scania’s vehicle styling department with responsibility for Scania AXL.

Vehicle styling is mainly determined by the planned environment and application. If the vehicle is being designed for mining and construction work, it should convey robustness and power, whereas the design of a self-driving distribution truck for downtown cities should give a gentler, kinder impression.

Designing the concept truck has been an exciting process for Carreras Castro.

“This is the first time that that we’ve built a truck that has many new components and technologies. That enables us to alter earlier forms and expressions. This is what we believe the future looks like, so this has been really exciting.”

The challenge has been to balance the truck’s proportions and blend the front module with the tipper unit. “Half the cab is gone without a driver. A conventional mining truck has two distinct parts – the cab and the tipper unit. We’ve aimed for an integrated styling with a more dynamic design language.” 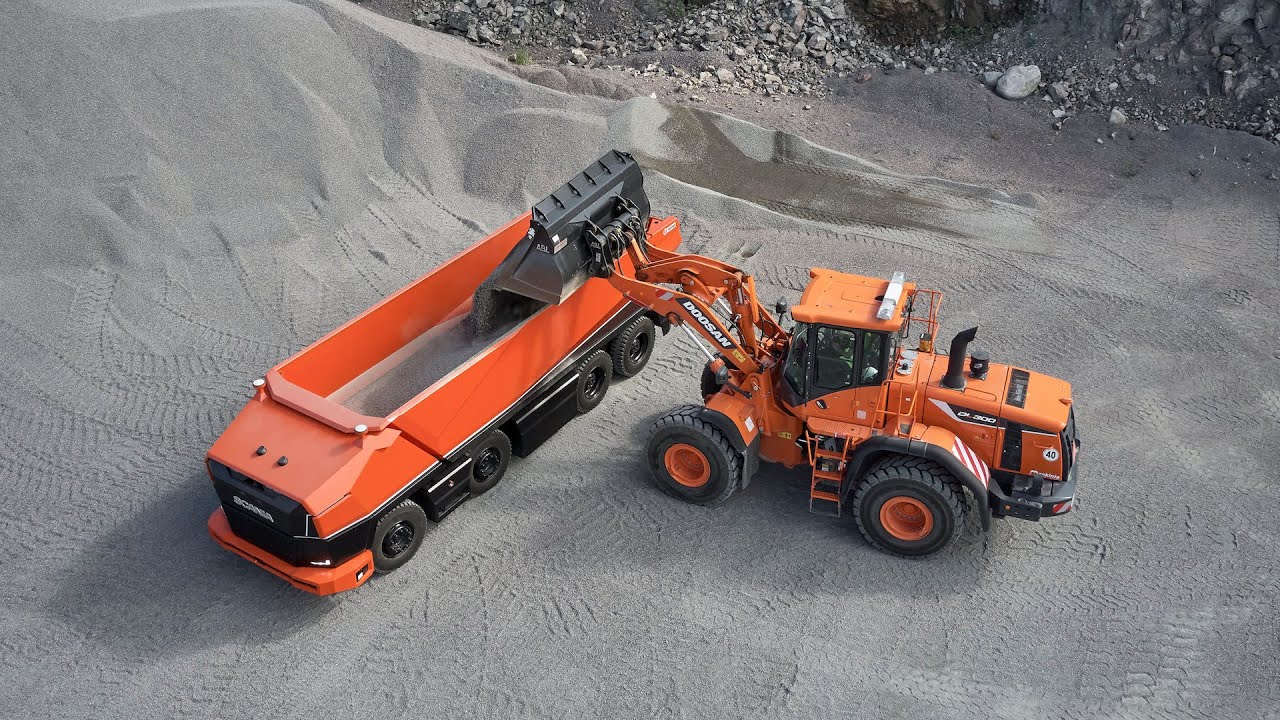 The colours identify AXL as part of the Scania family

Although the Scania AXL concept is a novel and innovative vehicle it can be clearly recognised as a Scania. The colours identify it as part of the Scania family and there is still room for the characteristic ‘wrapping T’, which on conventional trucks is formed by the grille and the windscreen.

The development and design of the concept truck has required many new approaches, since little was known when the project started. “It will be a tremendous feeling when a truck such as this eventually appears at a mine,” says Carreras Castro.