The rock-star-like youth who lifted the first Scania Young European Truck Driver trophy in 2003 has cut his hair, thrown out his sunglasses and nowadays needs more clothes to keep warm!

“I have had lots of new experiences both as a driver and as a person,” he says, adding, “and I have certainly matured a lot on the road.”

Sandri now transports crushed stone from a quarry outside of Trento in northern Italy to various road construction sites in the region. It’s a job that perfectly fits his current life situation.

“I have driven many different types of transport in recent years and often had to be away from home overnight or longer periods,” he says. “But now I have a family with a seven-year-old son who I want to spend as much time with as possible. So, it’s nice to have job where I can always come home in the evening. And I also have time to help coach my kid for bike racing.” 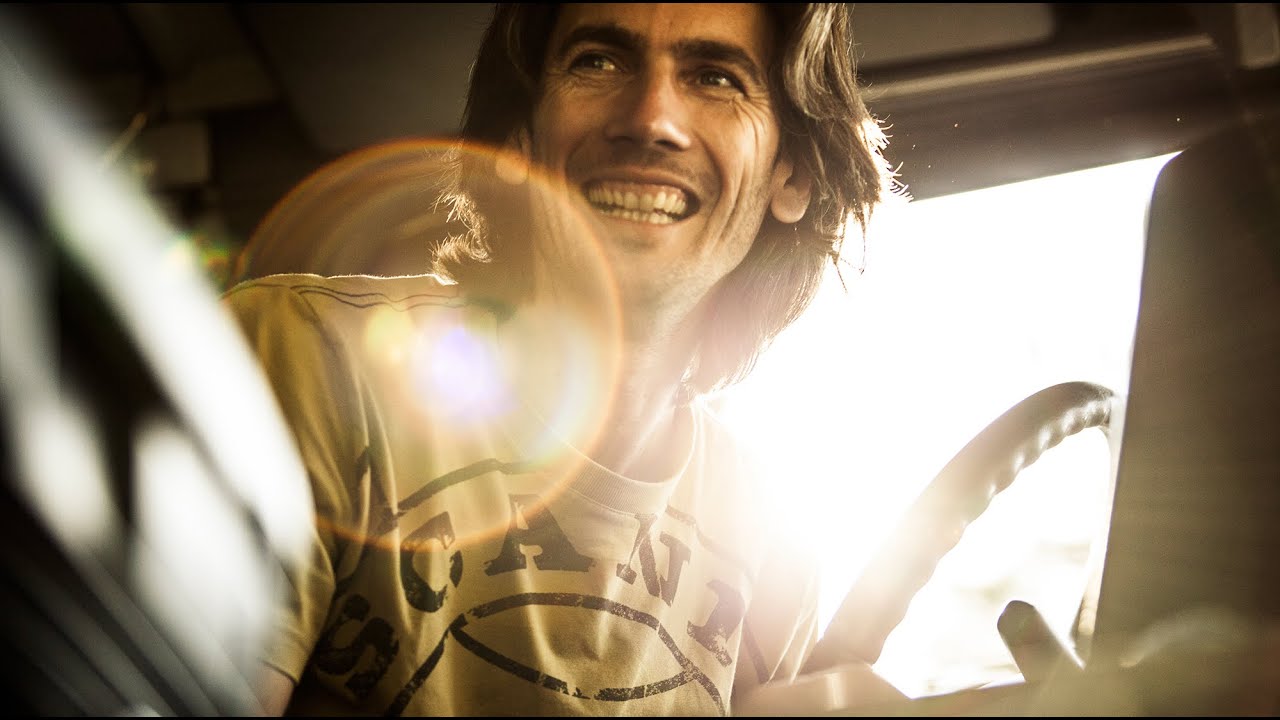 The fact that Sandri still works as a truck driver is, he says, evidence of his great passion for the profession.

“I fell in love with the big trucks when I was a young man and saw the big heavy trucks on the roads around here and started listening to those engines,” he says. “And as I got older I developed more respect for professional drivers and the transport industry.Heavy truck drivers are vital for the community. Without us, for example, there would be no food on the table or roads to drive on. I’m incredibly proud to be a truck driver!”

From safety to fuel-efficiency

When Sandri won the first Scania Young European Truck Driver Final in 2003 the competition was very focused on safety. Sandri was obviously the best at operating the truck safely and securely, but he also excelled in another area which over the years has grown significantly– fuel efficiency.

Today Michele Sandri transports crushed stone from a quarry in northern Italy to various road construction sites. It’s a job that allows him to spend time with his family every day.

“I was driving fuel-efficiently as a young man because I always had a conservative driving style,” he says. “Today this is a prerequisite for being an in-demand driver whose employers want to save fuel costs.”

Largely due to EU legislation, Sandri thinks that today the driving profession is much more demanding than when he won his Scania trophy in 2003.

“And that is good,” he says. “We drivers and anyone else who use the roads are dependent on these laws and regulations for our safety. And as well as reducing their costs by requiring less fuel consumption, transport companies today expect safer driving, with less injuries from their drivers.”

Over the past decade Sandri has had many different truck driving experiences which have all contributed to him being a driver with an even greater focus on safety. And his advice to the contestants in this year’s Scania Truck Driver competitions is:

“Try out different types of transport! You learn a little here and a little there. The key is to never stop continuing to learn and develop.”