Scania now completes its new truck generation. Following the introduction of trucks for long-haulage and construction, the focus is now on urban and additional low-carbon transport solutions.

The new fuel-efficient future-oriented trucks all feature the widely acclaimed styling and product characteristics of the new truck generation. Among these are enhanced driveability as well as improved visibility, increased safety, ergonomics and comfort. With the new generation trucks, Scania is taking major steps in providing customer-adapted trucks for even better total operating economy. 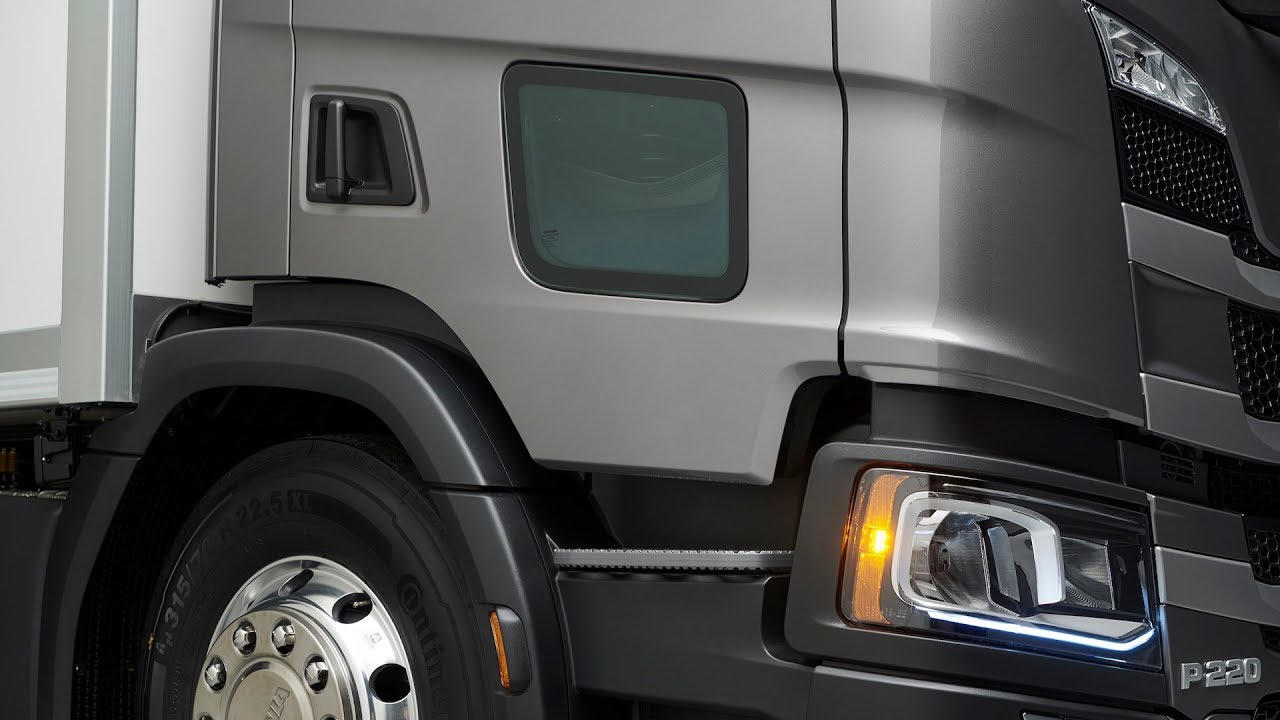 With the introduction of the lighter trucks powered by the new 7-litre engine, Scania offers urban transporters a new level of transport efficiency with fuel savings of up to 10 percent. With its more compact dimensions, the new P-series cab can feature a lower engine tunnel, which opens up a more spacious cab interior. Drivers will enjoy the best driving conditions in the industry in vehicles that excel in handling, steering and driveability – all of which are essential in challenging urban traffic.

The L-series is Scania’s newly developed cab series for urban transport, such as distribution, refuse collection and maintenance. Drivers will benefit from vastly improved direct vision of the surroundings. Drivers will also be at the same height as other road users, with the added advantage of improved working conditions when repeatedly entering and exiting the cab. The Scania L-series features a kneeling mode and lower boarding steps on both sides of the cab. Drivers can also take advantage of the space in front of the engine tunnel to exit on the passenger side, thereby avoiding oncoming traffic.

Keeping an eye on safety

In addition to the better view over surrounding traffic, Scania introduces the City Safe Window. Drivers will thereby have better opportunities to detect nearby pedestrians and cyclists. The window on the passenger side door is available for all P- and L-series cabs, those most common in urban transport, as well as for the CrewCab.

Scania CrewCab – protecting those that protect

Since Scania’s new CrewCab will mainly be used by firefighters, it has been specifically tailored for emergency assignments, keeping both ergonomics and safety in mind. For extra safety, there is an option for up to four roll over side-curtain airbags. The CrewCab accommodates up to eight passengers with a high level of safety and comfort, which includes a separate climate system with its own heating for the crew area.

Scania already offers the broadest range of trucks for renewable fuels, including ethanol, biodiesel, HVO as well as hybrid technology.

With Scania’s introduction of a six-cylinder 13-litre gas engine specifically designed for regional and long-haulage operations, climate-conscious hauliers now have a strong alternative to conventional fossil fuels. For a 40-tonne truck-and-trailer combination with tanks for liquefied gas, the range has been extended to 1,100 kilometres. In parallel, Scania also releases a 9-litre gas engine for the new truck generation.

Scania Maintenance with Flexible Plans is now also made available for the gas engine range. Significantly greater maintenance precision can be achieved on the basis of the vehicle’s actual usage pattern as continuously monitored through connectivity. The solution ensures that every single truck gets exactly the right maintenance at exactly the right time, thereby reducing time in the workshop and increasing uptime.

“With the new generation trucks, Scania is taking major steps in improved safety, driver comfort and fuel economy. The released models have been universally praised and awarded for their innovative features and overall performance and we are certain that the new urban range will be equally successful,” says Levin.