King of the road

The power, the feeling and that unmistakeable sound – they are part of what makes Scania’s V8 engine a legend. Here’s the story behind it all.

When Scania unveiled its 350 hp V8 engine at the end of the 1960s, it was heralded Europe’s most powerful diesel truck engine, and it held that distinction for many years. The V8 was what truly made Scania the King of the Road.

At the start of the 1960s, Scania-Vabis’ 8- and 11-litre engines were able to reach 250 hp, an output that could meet the growing demands of continental long-haulage. But the engineers at Scania-Vabis realised that such outputs would not be sufficient, especially in timber haulage and heavy long-haulage. Why not try to be the first to pioneer a new level of truck performance?

The decision to go ahead with a more powerful engine was made in 1962. Large-scale development work was underway on a new generation of forward-control trucks that would be unveiled in 1968. An inline eight would not fit underneath the forward-control cab, nor would a larger inline six. This made the engineers consider a V-configuration. Such an engine would fit into the same frame and under the same cab as the 11-litre inline six.

The concept involved a powerful but very compact power unit: a 90-degree V8 featuring a 14.2-litre swept volume. Bengt Gadefelt, the Scania engineer behind the V8, explained: “We realised that about 350 hp were needed to achieve good ‘driveability’. That meant approximately 100 hp more than our other engines.”

Driveability characterises how an engine behaves, together with the rest of the powertrain, while driving. To Scania-Vabis engineers, good driveability meant that a truck should:

An engine’s peak power is generally of secondary importance, compared with its driveability. However, its torque characteristics are critical in determining how well the engine performs. The new Scania 14.2-litre engine, which had no genuine predecessor in the diesel engine world, was unique in several ways. It was designed for turbocharging from the start, and it was dimensioned to ensure that the engine would deliver the goods over a long service life.

The engine’s appearance was very distinctive, with its V-shaped valve covers on individual cylinder heads. Scania-Vabis’ engineers set the output requirement at 350 hp. No European competitor even came close.

The Scania LB140 models quickly won acclaim. They combined high output with a torque curve that flattered the use of low engine speeds – a pleasant and effective combination in a heavy vehicle. Many customers also liked the V8 emblem on the grille and the typical, powerful rumbling of the engine. All this, combined with exceptional durability and service life, made the 14-litre V8 engine a true legend.

Since Scania introduced the V8 engine in 1969, it has undergone extensive development true to the company’s continuous improvement strategy. Through this development, Scania has been able to meet emission legislation and customer demands such as fuel efficiency, extended service life and serviceability.

Even though the similarities are limited between these two engine generations, they have one thing in common (in addition to being the world’s most powerful V8 truck engine): modularisation. Modularisation means offering customers vehicles that are tailored to each type of operation. Because each product is made to suit the customer’s real-world needs, the result is the best possible mix of performance and quality. Customers enjoy high levels of uptime, low maintenance costs and high resale value, boosting productivity and profitability.

“Low-rev philosophy” launched with a green band on the rev counter for the 375 hp 14-litre V8 engine, which featured torque peaks at lower revs to promote fuel economy.

By the early 1990s, environmental demands have become increasingly important. In conjunction with Scania’s 100th anniversary in 1991, the company introduces a complete range of Euro 1 engines, including two V8s: a mechanically governed 450 hp engine and a 500 hp EDC engine, the first Scania engine to break the 500 hp barrier.

Scania introduces an all-new 15.6-litre V8 Euro 3 engine to replace the 14-litre V8. The new engine is modularised with many components in common with the 12-litre six-cylinder engines.

Using technologies to match the environmental requirements in the most efficient manner for all types of transport, Scania launches its broadest range of engines ever, including V8 engines with outputs of 500, 560 and 620 hp and up to 3,000 Nm of torque. Euro 3, Euro 4 and Euro 5 versions available.

All Scania V8 engines upgraded to Euro 5, continuing the tradition of effortless power and unsurpassed longevity.

The world’s most powerful truck – Scania’s R-series is gaining an even more high-powered V8 as its flagship model. With a torque level of 3,500 Nm and 730 horsepower, Scania’s new V8 was the most powerful truck engine in the world at the time − built to meet the toughest emission standards and handle the most demanding tasks. The engine block is cast from compacted graphite iron − lighter and stronger than before − and the swept volume has increased from 15.6 to 16.4 litres. The new engine is also Scania’s first V8 featuring variable turbo geometry and Scania XPI common rail extra-high-pressure fuel injection. 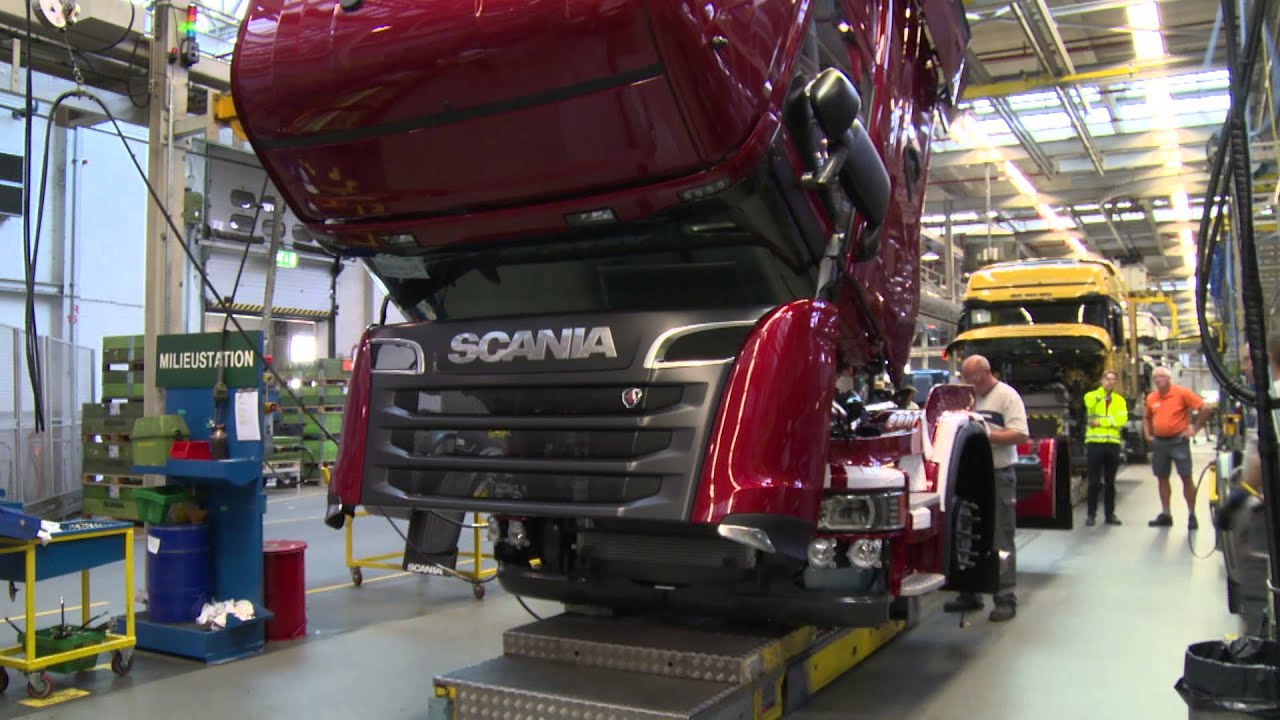