For Scania drivers Ben, David and Mattias, Christmas came early this year. As lucky winners of the “Scania Family” social media contest, they were treated to a day in Södertälje, including the chance to test drive Scania’s New Truck Generation.

For bulk tipper driver Ben Beveridge from North Devon, England, the choice was obvious. He and his new wife Katie simply browsed their phones for best photos of their 16-month old daughter Molly-Mae inside and outside Ben’s truck.

The Scania Family picture provided by Scottish driver David Leggate from Galston, Ayrshire, was another obvious choice–the customised Scania trucks belonging to friends that met up for he and his wife Nicola’s wedding. Swede Mattias Persson shared with us how his love for Scania V8s started as a kid.

Pulling out all the stops

At short notice, couples Ben and Katie and David and Nicola got their passports out and headed for Sweden. Mattias Persson had a shorter journey by train. Following a presentation on Scania at the head office, they viewed the museum of vintage vehicles before touring the engine assembly plant. The highlight of the day was, of course, the opportunity to test Scania’s new trucks. 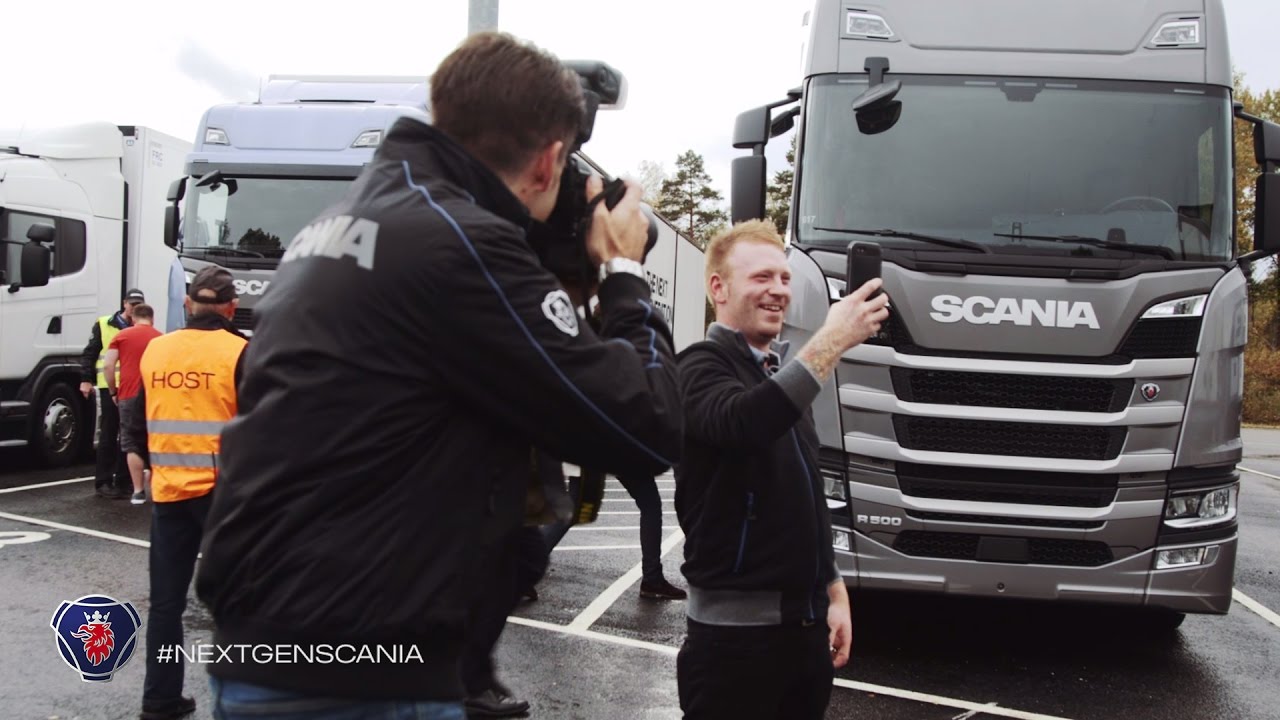 “It’s been fantastic and everyone at home is quite jealous,” said David. “Scania has really pulled out all the stops; I couldn’t have asked for more.” Ben noted that it was “a bit of a surreal feeling: one moment you’re on Facebook and the next in Södertälje.”

All the winners have long experience of driving Scania trucks. Take Ben, for instance. With both his dad and granddad having worked as truck drivers, the job was an early childhood dream of his. However, his father insisted that he first try another profession and he initially trained and worked as a ceramic tiler. Work opportunities dwindled in 2005 and since then he has pursued his calling in carrying out the family tradition.

At Scania’s DemoCentre the winners and their partners were like kids in a candy store, eager to drive the entire line-up of 12 trucks and buses. Handling, stability and visibility were especially praised.

David, who drives a manual shift, decided on the spot that his earlier scepticism about an automatic gearbox was unjustified. Ben noted the smoothness and stability which could be useful driving on country roads. And Mattias couldn’t have been more enthusiastic about trying the V8.

“Everyone who has a sports car should own a Scania V8 as well,” the Swedish winner said. “This is a lot of fun driving and you get a third dimension with the height and length. It’s like driving a German premium car but with 40 tonnes of useful goods.”

All in all, it was a very exciting day for these lucky few members of the global Scania Family.