A cool winner in long johns

Norwegian drivers are used to handling their trucks in deep snow. The national Young European Truck Driver final in ski resort Trysil was a close-run.

Hundreds of thousands of truck and bus drivers around the world have taken part in Scania’s driver competitions. But none have experienced the kind of extreme conditions seen at the Norwegian final of the Young European Truck Driver competition in Trysil.

Snow whirled around trucks and trailers dripping with icicles as the eight finalists entered the competition area at Trysil airport, which was closed because of the weather.

Not that the drivers seemed to mind. “Keeping your feet warm is key to precision driving in these icy temperatures,” said a relaxed Erling Rolstad, 26, as he waited patiently on the icy runway for his turn. 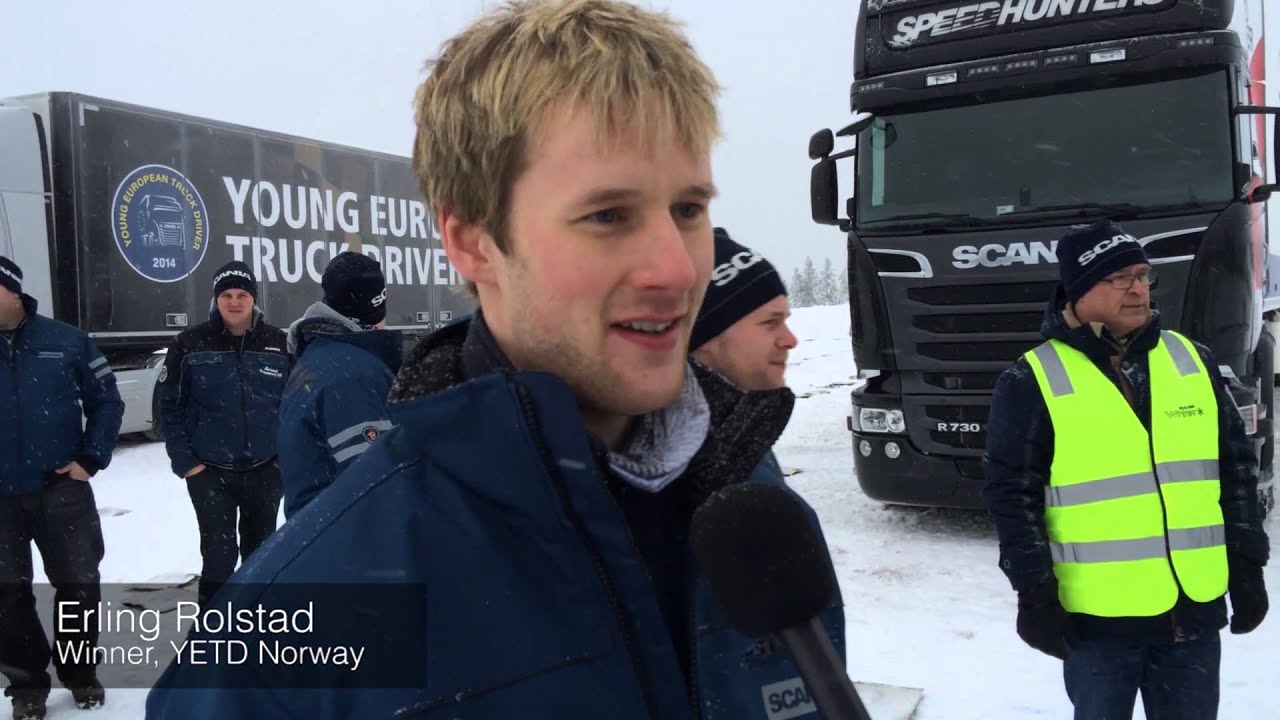 Despite taking place in a minor snow storm, the final was a surprisingly close-run affair with Rolstad’s cool head and warm feet carrying him to victory.

“There were a lot of good drivers in this final,” said Rolstad, who modestly attributed his win to luck.

The very first national YETD-winner in feet-deep snow was Erling Rolstad. He hopes for more snow in the European final, in April.

Normal conditions for the drivers

“Winter is a fact in Norway so in a way these were normal conditions for us. Norwegian drivers are used to snowy roads and the conditions were the same for everyone,” Neteland said. “Of course it is more difficult to arrange a Young European Truck Driver final in deep snow, but everyone did a tremendous job. And because we could combine it with Scania Winter 2015, our customer and media event here in Trysil, we got some things for free.”

The very first national YETD-winner in feet-deep snow was Erling Rolstad. He hopes for more snow in the European final, in April.

The winner, Erling Rolstad, is a fourth-generation driver in a haulage family from theGudbrandsdalen Valley in Oppland. His great-grandfather started a small transport firm  shortly after World War II.

“Over the years everyone in my family has been forced to drive in conditions like this. Perhaps I should hope for bad weather at the European final in Sweden in April, he said with a twinkle in his eye.